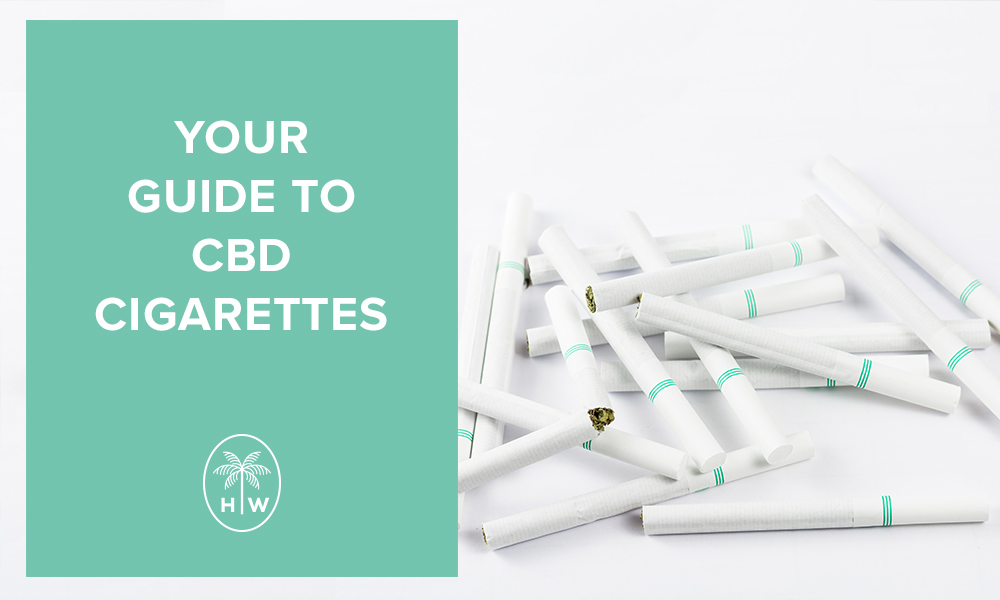 Smoking CBD cigarettes is a popular way to relax and enjoy the therapeutic effects of CBD, but many people find themselves asking, “Are CBD cigarettes safe?” We don’t blame you. Conventional tobacco cigarettes are infamous for damaging your health in many ways. Fortunately, these two products are entirely different beasts.

Truthfully, “CBD cigarette” isn’t the most accurate way to describe this product because it has almost nothing in common with a regular cigarette. They look slightly similar, but the contents, manufacturing process, effects, and side effects are completely different. It’s a little confusing, we know, but don’t worry. We’ll explain everything in this article.

What are CBD Cigarettes: Ingredients and the Basics

Some of you may already be familiar with hemp and CBD, but if you aren’t, here’s a quick rundown. Hemp is a type of cannabis plant containing high levels of cannabidiol, an organic chemical compound better known as CBD. Since we said cannabis, you might be thinking about marijuana, but that is a different thing altogether. There are two kinds of cannabis plant: hemp and marijuana. Hemp has high levels of CBD, while marijuana has high levels of Delta 9 THC (tetrahydrocannabinol), the cannabinoid responsible for the intense full-body euphoria some consumers enjoy, others not so much.

Marijuana gets people high because of its high Delta 9 content. CBD is a non-intoxicating cannabinoid, meaning hemp cigarettes will not get you high. Furthermore, with CBD, you won’t feel the negative side effects of smoking marijuana like paranoia, couch lock, and brain fog. 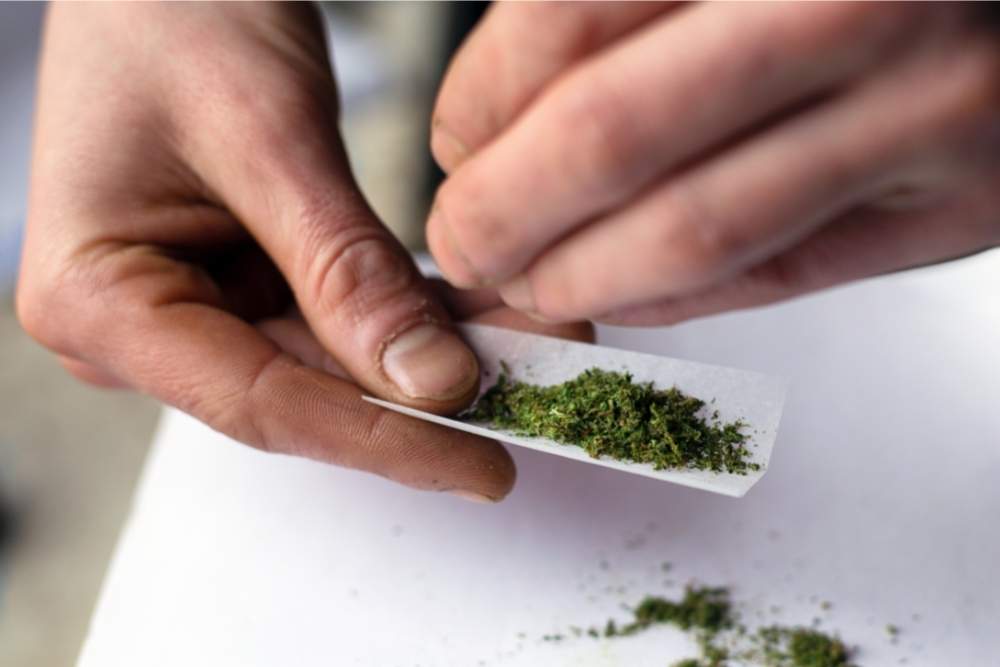 CBD cigarettes are safe and provide multiple wellness benefits. In that sense, they’re the complete opposite of tobacco cigarettes. Here is a sampling of the many benefits of CBD.

How Do CBD Cigarettes Work?

CBD supports the receptors in the body’s endocannabinoid system (ECS). Every mammal species has an ECS consisting of a vast network of cannabinoid receptors, called CB1 and CB2. CB1 receptors occur in the central nervous system, especially the brain. CB2 receptors extend throughout the body and have a particular presence in the immune system.

The ECS regulates some of the most important physical functions, including:

By interacting with the CB1 and CB2 receptors, CBD enhances ECS function. Smoking CBD cigarettes or taking any CBD product of your choice is a great, safe way to support your ECS and its functions.

CBD works in a completely different way than tobacco smoke, which does not interact with the ECS. Tobacco contains nicotine, which targets your adrenal glands. When nicotine stimulates the adrenal glands, they release large amounts of the hormone epinephrine, also known as adrenaline.

Nicotine also stimulates receptors in the brain to release the neurotransmitter dopamine. The sudden rush of adrenaline and dopamine together causes sharply stimulating sensations that only last for a fleeting moment, making people want to smoke more.

Unlike tobacco, CBD is non-addictive. Whereas smoking large amounts of tobacco can lead to nicotine poisoning, there has never been a reported case of a CBD overdose.

Yes! CBD cigarettes are legal. Since hemp is a form of cannabis plant, some people mistakenly think it is illegal, but that’s not true. Marijuana is federally illegal in the United States, but remember that hemp and marijuana are different things. Hemp is non-intoxicating and completely legal.

The Agricultural Improvement Act of 2018, also known as the Farm Bill, made hemp-derived CBD products legal in all 50 states. There are just a few regulations you need to be aware of.

Federal law defines “hemp” as any cannabis plant with 0.3% Delta 9 THC or less. Any cannabis plant that exceeds that threshold is legally defined as marijuana. Marijuana is federally illegal in the United States, even though some states have legalized it for medical and/or recreational purposes. Make sure that you buy CBD cigarettes made from legal hemp, not exceeding 0.3% THC. Otherwise, you might end up on the wrong side of the law.

Are Hemp Cigarettes Bad For You?

Smoking tobacco cigarettes comes with an enormous number of health risks. Cigarette smoke contains numerous carcinogens that can lead to fatal conditions. The Centers for Disease Control and Prevention (CDC) reports that cigarette smoking is linked to over 480,000 American deaths each year – that’s around 1,300 deaths every day.

Which CBD Strains Are Best In CBD Hemp Cigarettes?

CBD hemp cigarettes are available in a variety of classic cannabis strains. Each strain has unique terpenes and flavonoids, natural compounds that give the plant its aroma, flavor, and color. Which strain is best? That’s up to you.

No CBD strain is objectively superior to any other. It’s all a matter of opinion. Some people enjoy higher CBD potency, while some want a milder experience. Some people like the taste of certain terpenes that others don’t. The best way to find your favorite CBD strain is to sample as many as you can.

To get you started on your journey, here are a few of the most popular CBD hemp flower strains:

Sour Diesel is one of the most famous and popular cannabis strains in world history. Its name speaks volumes about its terpene content. Sour Diesel has a funky, gaseous, and citrusy scent. It has a stronger taste than many other strains, so it’s a great choice for people who want that classic cannabis flavor with their hemp smoke.

Sour D is a Sativa-dominant strain. It has slightly energizing effects but no sense of on-edge stimulation like nicotine delivers. Because of its light, positive effect, Sour D is a great strain to enjoy in the morning and throughout the daylight hours.

Bubba Kush has a unique flavor profile you won’t find anywhere else. Many people find it has a sweet taste with subtle notes of coffee and chocolate that emerge when you exhale. Bubba Kush is an Indica-dominant strain with deeply relaxing effects, perfect for smoking just before bed. However, because this is a CBD-rich hemp strain, you won’t get locked in the couch like you would if you smoked Bubba Kush marijuana.

This is another CBD strain whose name says a lot about the way it tastes. Expect bold fruity flavors to take center stage. As you exhale, you might catch a slight tingly taste like black pepper, which livens up the party. Cherry Wine is a “true hybrid” because it is 50% Indica and 50% Sativa. Its perfectly balanced effects are perfect for smoking any time of the day or night. 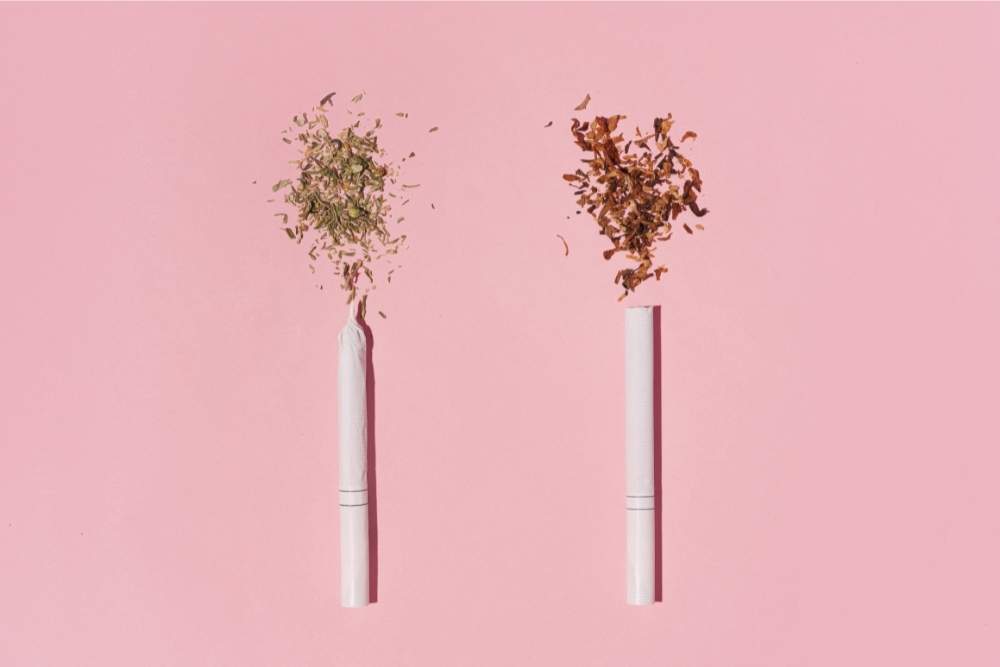 Where to Get CBD Cigarettes

Online stores are your best source for CBD cigarettes. Even though CBD hemp products are legal in the United States, you won’t find them on the shelves of just any old store. If you live in a state with legal access to marijuana, you may be able to find CBD cigarettes at a local dispensary. It will be even harder to find them in states without cannabis dispensaries, but some specialty shops might carry them.

As you can see, buying CBD cigarettes isn’t as easy as walking into a gas station and grabbing a pack of tobacco cigarettes. Fortunately, in the 21st century, you can buy anything online, including CBD! We carry an array of CBD items right here at Hollyweed, along with a few exciting other cannabinoid products as well!

The word “cigarette” carries a nasty reputation wherever it goes. We don’t blame you if you have apprehensions about CBD cigarettes for this very reason. The most important thing for you to take away from this article is the fact that CBD cigarettes have nothing in common with nicotine cigarettes other than the same general shape (they aren’t even the same colors y’all)! CBD cigarettes carry none of the risks associated with tobacco products.

CBD cigarettes are wildly popular, but not for everyone. Some people are irritated by inhaling smoke of any kind. If that is the case for you, don’t worry. You can still enjoy a wide variety of other CBD products. Check out the Hollyweed store for CBD gummies, oil tinctures, capsules, and more! 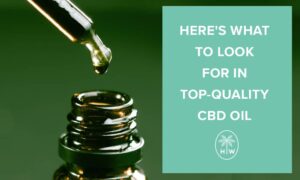 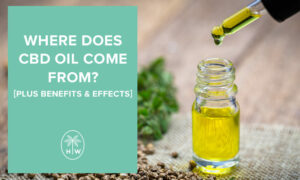 Where Does CBD Come from? All You Need To Know 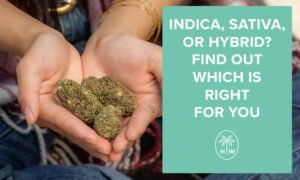 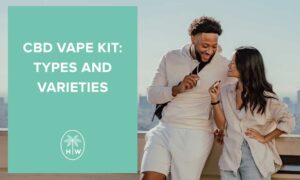 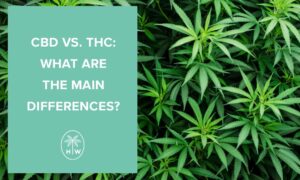 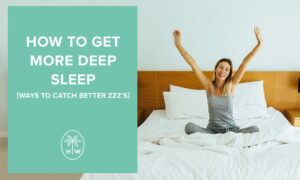