CBD and Alcohol: Don’t Mix Them Before Reading This! 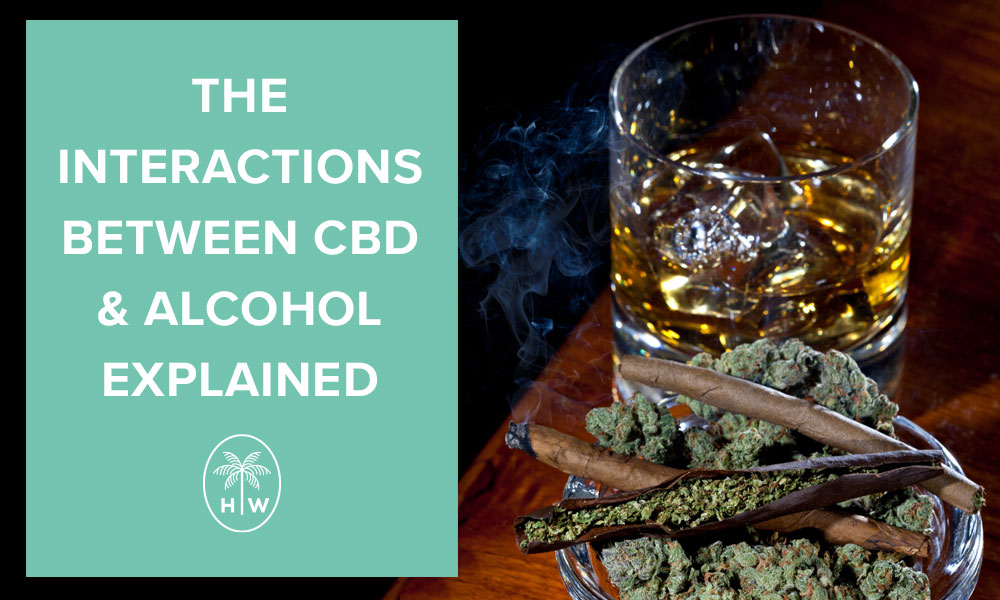 Alcohol has been a staple of human civilization for millions of years. Hemp cultivation is relatively newer (we’ve been at it for roughly 7,000 years), but it didn’t take long for people to realize they could mix the two. Hemp-derived CBD and alcohol seem like the perfect match, but are they safe?

This article will answer all of your questions about mixing CBD with alcohol. We’ll also take a look at THC and how alcohol’s side effects interact with those of cannabis. We want you to have a safe and informed CBD experience, so let’s look at what happens when we introduce alcohol!

In their journey throughout the body, one of the most vital meeting places for alcohol and CBD is the liver. Within our livers are cells that break down substances, which is a process known as metabolization. Within some of these cells are cytochromes.

When you’re vaping CBD or drinking beer, odds are that you’re not thinking about cytochromes. These are cell components that play a crucial role in how our bodies process CBD and alcohol. In biochemistry, cytochromes help our cells move energy.

When we consume alcohol, it is metabolized by several parts of the liver, including a cytochrome known as CYP2E1. CBD also interacts with cytochromes, and research has found that cannabidiol inhibits these cell components. This is similar to grapefruit juice’s effects on cytochromes.

Think of cytochromes like a toll booth on a busy road. They can’t move onto the next substance to metabolize until they’ve finished breaking down the current CBD, alcohol, or other molecule. When CBD interacts with cytochromes, it tends to take a long time at the toll booth, holding up traffic.

You may be wondering whether CBD interferes with alcohol’s metabolization, and the answer is it does not. That’s because CBD interacts with the cytochromes CYP3A4 and CYP2C19, but not our alcohol-metabolizer CYP2E1.

While CBD inhibits some substances from being metabolized, it does not directly affect alcohol being broken down. However, CBD and alcohol’s proximity in the liver may explain why other effects (reduced blood alcohol levels, help with addiction and withdrawal) have been observed. 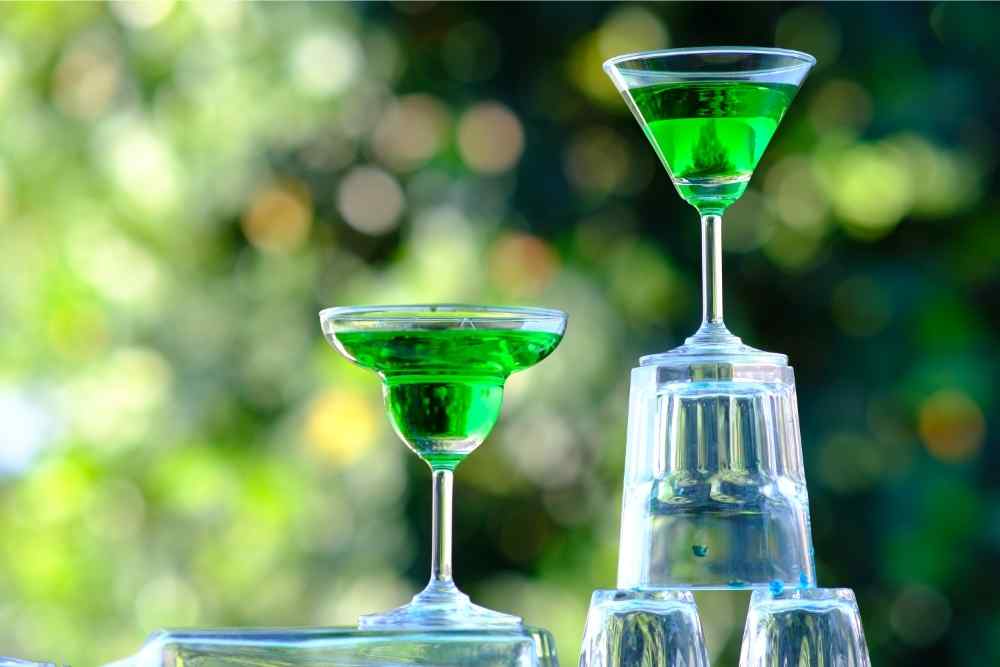 CBD and alcohol can occasionally have adverse effects. Mixing CBD and alcohol doesn’t eliminate either substance’s side effects. Though, studies have proposed that cannabidiol may mitigate alcohol’s unwanted long-term consequences.

We’ll dive deeper into these claims further on in this article. Now, let’s take a closer look at the side effects associated with CBD and alcohol.

Rare Side Effects Of CBD

Some people have claimed they felt the following side effects after using CBD:

Research has shown that it is rare to experience side effects when taking CBD. Many experiments have examined the way CBD affects neuroprotection, addiction, psychosis, and obsessive-compulsive behavior. In each of those four studies, no adverse effects were displayed.

As we’ve mentioned, one of CBD’s potential side effects is interference with some medications. Since it inhibits certain cytochromes, CBD could affect medications in the same way that grapefruit juice might. If you’re taking medication, talk to your doctor about cytochrome inhibition before using CBD.

Side Effects Of Alcohol

Alcohol is not a cytochrome inhibitor, but it is a depressant, which is a substance that lowers neurotransmission levels. This is why it can feel like there’s a disconnect between the brain and body when we’ve had a few drinks. Some side effects of alcohol include:

Similar to many good things in life, the negative effects of alcohol can be lessened by drinking in moderation. If you repeatedly suffer from alcohol-induced illnesses, talk to a doctor before you mix CBD into any drinks.

Could CBD Help With Damaging Effects Of Alcohol?

One of the most exciting potential findings in CBD cocktails is how they may reduce the unwanted effects associated with alcohol. Studies such as this have tried to determine whether CBD could diminish brain-cell damage caused by excessive alcohol consumption. The findings may shock you!

Another study proposed that taking CBD may combat the harm alcohol can do to our livers. More data is needed on the correlation between decreased blood alcohol content (BAC) and CBD, but the early findings are promising. This study monitored the BAC level of people who took a combination of alcohol and CBD. The results are exciting, to say the least.

If cannabis contains 0.3% or less tetrahydrocannabinol, it is hemp. CBD hemp oil can contain trace amounts of THC. Hemp is federally legal due to the 2018 Farm Bill. CBD oil and other products compliant with the Farm Bill are made with hemp, meaning they have do not contain enough tetrahydrocannabinol to induce a “high.”

Since tetrahydrocannabinol can result in intoxication, we don’t recommend combining it with a depressant such as alcohol. Instead, you may mix alcohol with CBD to get a federally legal cocktail that is balanced and doesn’t result in a “high.”

How Much CBD Oil Should I Take?

CBD oil is one of cannabidiol’s most common forms due to its versatility. You can drop CBD oil underneath your tongue, swallow it, or mix it with food and, of course, alcohol! When mixing CBD into your drink, use the rule of thumb: 0.25 mg for every 1lb of body weight. Several factors can influence the length of time CBD stays in your system.

Research has suggested that CBD may assist with hangovers, but to explain why this study is potentially significant, we must first examine the endocannabinoid system (ECS). The ECS exists in nearly all mammals, and it regulates body functions such as digestion and heart rate.

A well-functioning ECS is crucial for the body’s overall good health. CBD boosts the ECS by interacting with cannabinoid receptors (known as CB1 and CB2). Typically, CB1 receptors are located mostly in the brain and throughout our bodies, while CB2 receptors are found primarily in the immune and gastrointestinal systems.

Alright, so what does all this have to do with hangovers? Researchers have found that a brain region called the dorsal vagal complex (DVC) is often involved in vomiting and nausea. As luck would have it, CB1 receptors can be found in the DVC, just waiting for some beneficial cannabinoids. Try some CBD oil mixed into a drink to potentially help your hangover.

In the millions of years we’ve enjoyed alcohol, there haven’t been many radical improvements. The fermented grain we brewed millennia ago is in more or less the same form (though probably a bit tastier) today. CBD-infused cocktails are a great new way to make the most out of your alcohol.

Mix CBD oil or isolate powder into your drink to get the most out of your happy hour. Maybe in the next one or two million years, there will be a new method for combining hemp and drinks. Until then, you can take CBD on the rocks, on tap, shaken, or stirred! 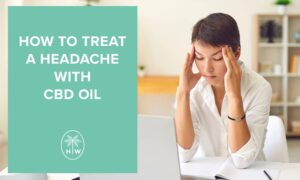 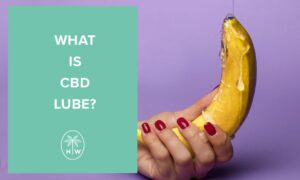 CBD Lube [Your Next Essential Item In The Bedroom!] 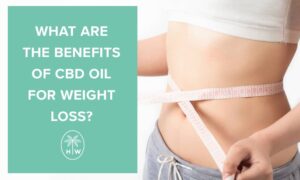 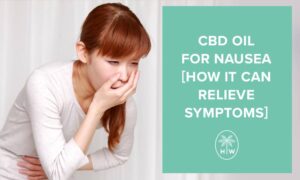 CBD Oil for Nausea: A Natural Alternative for Your Queasiness 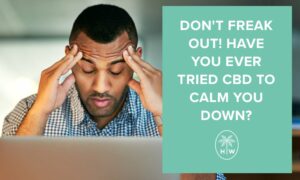 CBD Oil For Stress: How Cannabinoids Can Chill You Out!

CBD Oil For Sex: Why You Need To Try It Today!