The force of CBD is definitely with the Skywalker OG hemp flower strain. With one of the highest CBD potencies of our entire flower collection, it’s easy to see why Skywalker OG is a favorite among cannabis connoisseurs. From the dense, resinous buds to the piney, citrusy, spicy aromatic qualities, this Indica-dominant strain is nothing short of premium quality. Its powerfully calming effects can soothe even the most muddled of minds.

The original breeders of Skywalker OG named the flower after its parent strains. Skywalker OG was created by crossing Skywalker, an Indica-dominant hybrid, with OG Kush, an iconic, soothing cannabis strain. To make it a CBD-dominant strain, it was crossbred with a mystery CBD-rich flower.

Growers combined Mazar and Blueberry to crete the potent Indica flower called Skywalker. This pairing gives Skywalker a distinct blueberry aroma. Mazar flower is known for rapid growth and maturation, which it also brings to the calming and sedative Skywalker flower.

OG Kush is one of the most classic and recognizable names in cannabis. A man with the nickname “Bubba” developed OG Kush in Florida and brought it to Los Angeles in the 1990s. He also went on to create the beloved Bubba Kush strain. OG Kush is famous for its intensely dank, classic cannabis scent – a mix of spicy, diesel-like, and fruity aromas and flavors.

Terpenes are the reason for the unique ascents and tastes of the hundreds of various cannabis strains out there. A milieu of other plants, both edible and not, also contain terpenes. Let’s dive into Skywalker OG’s primary terpenes to get an idea of where its majestic aroma originates.

Bisabolol is a light, floral terpene that’s most commonly found in chamomile. In addition to its sweet aroma, bisabolol has many therapeutic effects that lend themselves to the cannabis strains containing this unique terpene. It’s said to be anti-inflammatory, antioxidant, and analgesic.

Cedrene is a lovely, woodsy terpene that adds fresh, natural scents to many cannabis strains. It gets its name from cedarwood essential oil, which contains a considerable amount of this terpene. Cedrene’s benefits are often researched to continue uncovering its wellness-boosting effects such as soothing irritated skin.

Caryophyllene is a spicy, peppery terpene. If you’ve ever had chai tea, you’ve experienced flavors similar to caryophyllene. It carries anti-inflammatory and calming abilities that are as warm and comforting as a cup of hot tea.

Humulene is a delightfully earthy, spicy, and woodsy terpene that’s most commonly found in hops and wood. If you’ve ever thought that certain cannabis strains smell a bit like beer, humulene is partially to blame. It also has powerful anti-inflammatory properties.

Guaiol is a balancing terpene that emits enticing aromas of pine needles, freshly-chopped wood, and blooming roses. Although there are usually low amounts of guaiol in cannabis, it plays a significant role in a fair few scents. Like some of its terpene buddies, guaiol also has anti-inflammatory effects.

Myrcene is exceedingly common in cannabis. If you picked a random strain from a dispensary shelf, there’s a high likelihood you’d find myrcene in its terpene profile. Like humulene, myrcene is also in hops and adds spicy, peppery aromas.

Pinene is another common cannabis terpene. You can find it in pine needles, rosemary, and orange peels. Pinene has a distinct forest-like smell that adds a familiar evergreen freshness to a variety of cannabis strains. It’s also reported to have pain-relieving, anti-inflammatory, and anti-anxiety properties.

Limonene is a bright and citrusy terpene that brings refreshing aromas to cannabis strains and CBD oil. Besides adding fragrance to hemp, limonene also lends its crisp scent to cleaning solutions. Within the world of cannabis, limonene provides stress and anxiety relief. 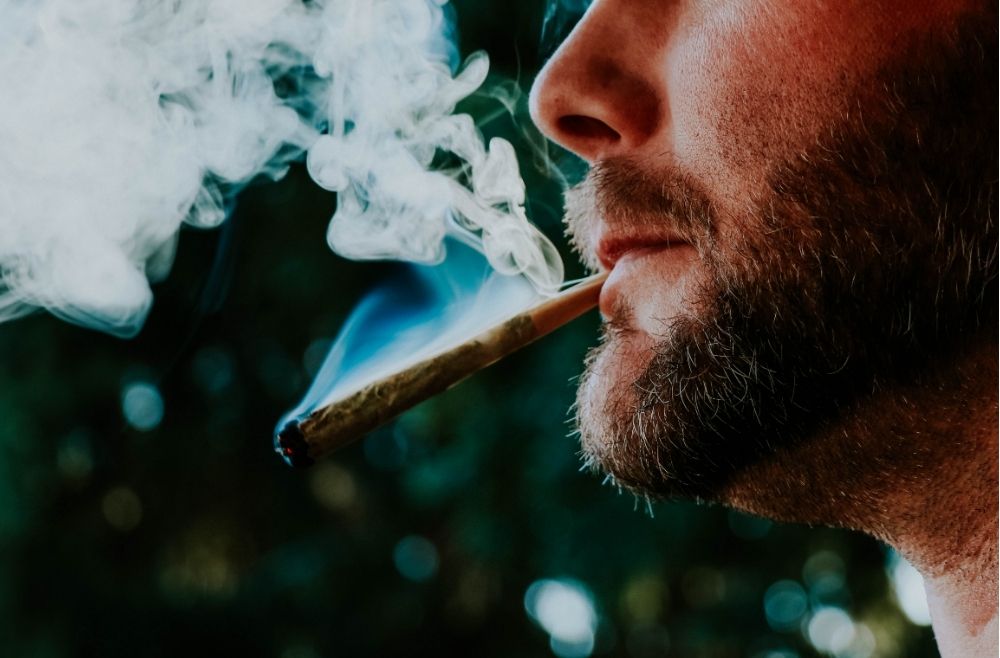 Skywalker OG is woody, fresh, and extremely dank. There are hints of sticky pine needles, sweet flowers, and damp wood that envelope the senses as you inhale this flower. If you want that natural hemp flavor and smell with a compellingly warm, zesty component, give Skywalker OG a try.

Skywalker OG knocks it out of the park with 20.94% CBD content. This is an impressively high CBD percentage, even with all of the strides that modern growers have made. Per the federal guidelines, Skywalker OG hemp flower only contains 0.3% or less THC (meaning it cannot get you high).

Calming, peaceful, balanced, and content – this is how many describe Skywalker OG’s effects. The soothing Indica strain works tirelessly to help you break free from the mental and physical anguish that may be holding you back. Boasting 20.94% CBD, it’s easy to see how it gets that job done.

As you inhale Skywalker OG, its effects kick in almost right away. You may immediately feel tension, soreness, and nervousness start to fade into the background. After a couple of puffs, those negativities might drop off your radar entirely as you begin to feel settled, fluid, serene, and focused. 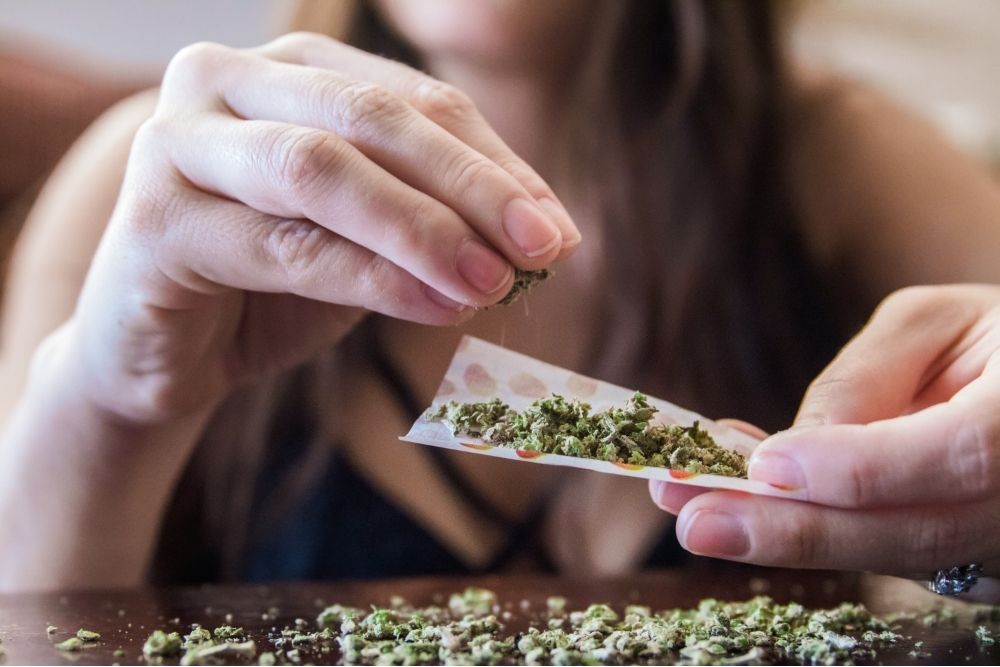 Since Skywalker OG is an Indica-heavy strain, people often use it to help them go to bed and stay asleep. You can even take your CBD with melatonin. If you’re looking for calmness and focus rather than sleepiness, we recommend only taking a couple of puffs of this potent CBD hemp flower.

Skywalker OG can be ground-up and smoked out of any of your favorite pieces, such as bongs, pipes, and herb vaporizers. We also make Skywalker OG pre-rolls, which mean less work and more relaxation on your end. However you choose to enjoy this flower, its unbelievable feelings of rejuvenation are just waiting to be experienced!

One of our missions at Hollyweed CBD is to introduce people to the wide range of benefits that CBD offers. Another goal is to create the absolute highest-quality CBD products on the market, which we’re achieving by doing a few key things.

We source all of our fantastic hemp flower strains from organic hemp farms in Oregon and Colorado. Practicing ethical crop sourcing and committing to 100% clean and natural hemp have been cornerstones of our philosophy since the beginning.

We love our CBD products because we trust them, and we hope to instill that trust in you as well. All of our hemp strains are sent for independent third-party lab testing to ensure their quality, potency, and legality.

We believe you should always be privy to what you’re putting in your body, and our third-party lab testing is part of that belief. When it comes to our hemp flower, we have nothing to hide – we just have amazing, high-quality CBD. Plus, we offer completely FREE shipping across the United States.

You don’t need to live in California to experience the Hollyweed lifestyle – we’ll send it your way!

The force is strong with the Skywalker OG strain, and after you inhale it, it’ll be with you, as well. As the child of two renowned and soothing strains, it’s no wonder that Skywalker OG is so fantastic. Try it today to experience relief, peace, and comfort as you never have before!

There are no reviews yet.