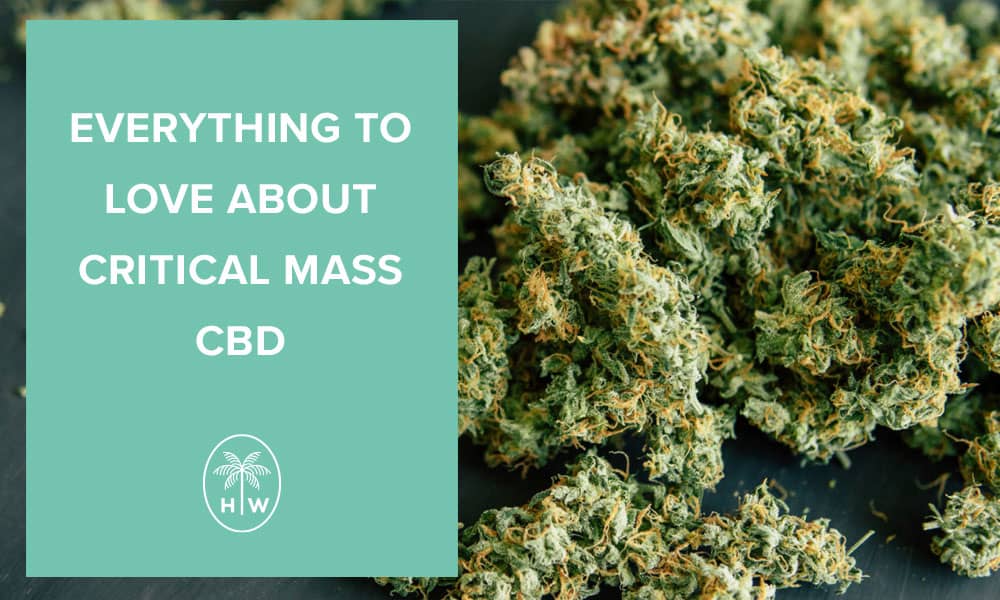 The CBD version of the high-THC strain “Critical Mass” is quickly becoming one of the most popular choices for CBD consumers. Not only does Critical Mass CBD offer a tremendous herbal flavor, but it also provides instant relief!

Critical Mass CBD is a high-yielding cannabis plant that grows with a distinct Sativa-like structure but flowers more like an Indica. With dense, top-heavy buds, Critical Mass plants will almost certainly require staking or some other support method as it nears maturity and harvest. Growers can expect extensive, impressive yields from the Critical Mass plant, and in that respect, this CBD-rich example is no exception. 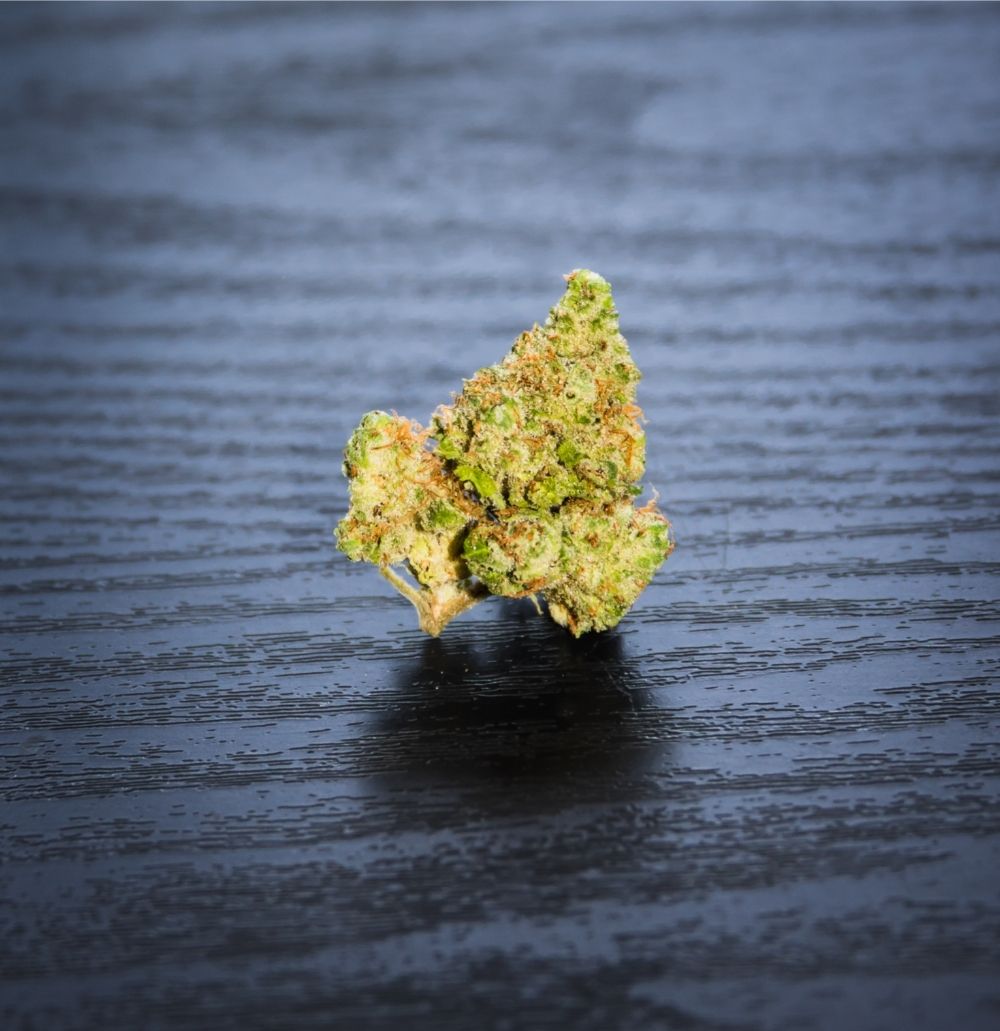 What is Critical Mass CBD?

This strain has long been a favorite within the marijuana community. But now, due to lower THC levels and higher amounts of CBD, you can feel the calming effects of Critical Mass without feeling intoxicated.

Critical Mass is helpful for various conditions because of the high levels of cannabidiol (CBD) produced by this strain. Growers only choose Critical Mass hemp plants with optimal CBD levels to breed.

What about the plant itself? Critical Mass is a medicinal strain with a flowering time of 8 weeks and will generally produce harvests of approximately 500 g/m. Whether you keep your plants in a greenhouse or outdoors, harvest time will be during October for individuals that live in northern latitudes.

Critical Mass CBD is a cross between a clone containing potent cannabidiol and the high-THC strain of the same name. The combination of THC-rich Critical Mass with a low-THC clone resulted in an Indica-dominant hemp flower with a 1:1 CBD-THC ratio.

Terpenes are what give a strain its taste and smell. They even carry some of their own benefits! Terpenes are all around us, and you’ve probably smelled or tasted a few today without even realizing it. These are the terpenes in Critical Mass CBD:

When it comes to Critical Mass CBD’s flavor profile, you can expect a deep, honey-like sweetness with complex yet mouthwatering aromas.

This distinctly refreshing sweet bud fills the room with its sugary and citrus aroma. The smell alone can help you feel relaxed, uplifted, and invigorated. Though this strain has a slightly skunky hint to it, it is typically overpowered by the scent of sweet and freshly harvested honey.

Critical Mass CBD bud has a taste that is sure to impress. This plant boasts delightful flavors, the strongest of which is earthiness. This is thanks to pinene and spicy terpenes like caryophyllene and myrcene. And though it may leave the slight taste of skunky citrus on your tongue upon inhaling, the exhale will give you beautiful notes of sweet earthy smoke. 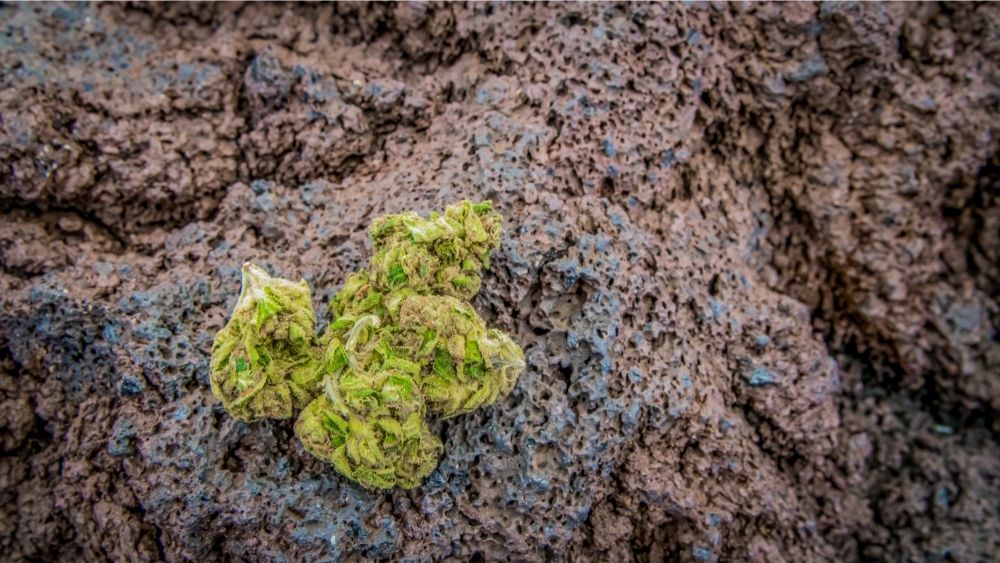 How Much CBD And THC Is In Critical Mass Hemp Flower?

CBD Critical Mass has a CBD-THC ratio of 1:1, but this ratio has nothing to do with the strain’s legality. To be recognized as federally legal and considered hemp (instead of marijuana), CBD products must contain 0.3% THC or less. Typically, CBD Critical Mass contains about 5-10% THC and a generally similar amount of CBD.

All of Hollyweed CBD’s products contain an amount of THC equal to or less than 0.3% and are sourced from American grown hemp that has been cultivated under strict federal regulations. And to ensure accuracy when it comes to our ingredients and transparency for our customers, you can find our Certificates of Analysis online anytime.

This Indica-dominant hybrid strain is popular as a sleep aid. Because Critical Mass is a hybrid strain, you can still use it during the day. However, people that enjoy Critical Mass CBD while the sun is still shining should prepare themselves to feel very relaxed. For the best experience, we suggest using this strain closer to bedtime, when you’re free to slip into the more tranquil and calm mindset that CBD Critical Mass tends to promote.

If you want the Critical Mass experience without high levels of THC, there are plenty of options. While Critical Mass often has a THC content that makes it federally illegal (though it may be legal in some states), we’ve made sure only to include federally legal strains:

Critical Mass’s powerful calming effects make it perfect for people looking to chill and have a good time. Want a premium CBD flower strain that will put you in a light and floaty mood? Then Critical Mass may be the strain for you! 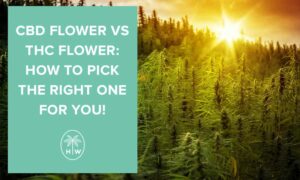 CBD Flower vs. THC Flower : Which Is Best? 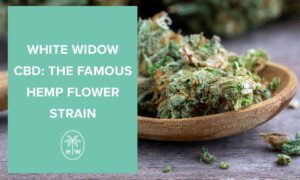 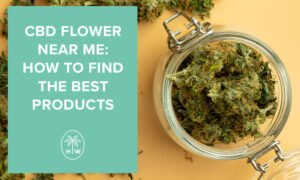 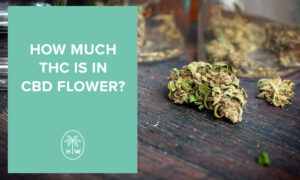 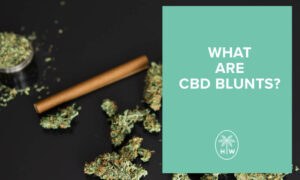 CBD Blunts: How To Roll Your Own CBD Hemp Flower Pre-Roll! 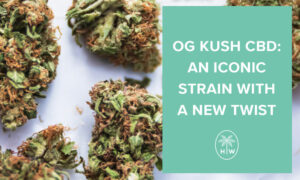