The MORE Act: Our Best Chance at Decriminalizing Cannabis? 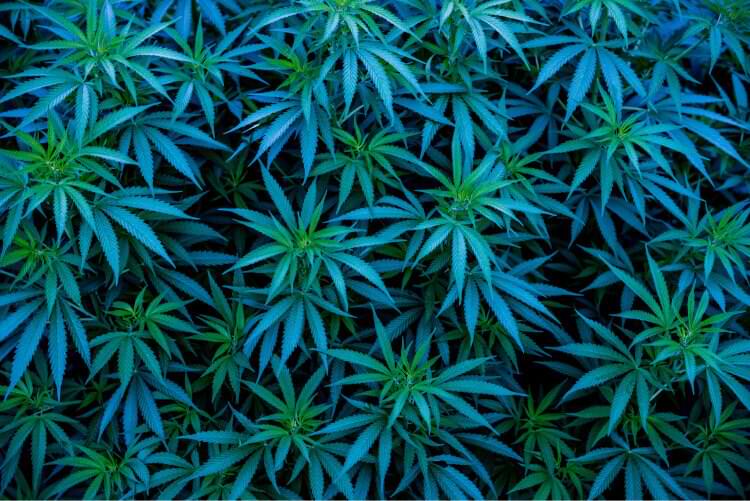 On Friday, April 1, 2022, the United States House of Representatives passed the Marijuana Opportunity, Reinvestment and Expungement Act. Known as the MORE Act, the bill’s main goal is to remove cannabis from the federal government’s list of controlled substances. But there was little bi-partisan support for the bill. The MORE Act passed the House with a razor-thin majority of just 16 votes.

However, this wasn’t the first attempt by Congress to pass the MORE Act. The last time the House passed the bill, it was by a whopping 64-vote majority. But to fully understand the MORE Act and its chances of becoming federal law, we have to examine our current social and political reality. A reality that may or may not make this bill the law of the land and finally decriminalize cannabis.

What Is the MORE Act?

The MORE Act seeks to remove cannabis, specifically marijuana, from the government’s Controlled Substances Act and expunge the records of cannabis-related convictions. Democratic Representative Jerry Nadler of New York introduced the current version of the bill, H.R. 3617, on May 28, 2021. The MORE Act also contains reforms revising decades-old drug laws imposed by the government’s War on Drugs and assisting those negatively affected by it.

What Happened to the Original 2019 MORE Act?

In 2019, Jerry Nadler and then-Senator Kamala Harris introduced the MORE Act. The bill passed the House Judiciary Committee with a 24-10 vote. This marked the first time a bill ending cannabis prohibition passed a congressional committee.

However, the legislation languished and was further hindered by the COVID-19 pandemic. The House of Representatives finally held the vote on December 4, 2020, where it passed with a vote of 228-164. The vote was along party lines. The majority of Democrats, five Republicans, and one independent voted for it. Only six Democrats joined the majority of Republicans in voting against the bill.

Yet the measure never made it to the Senate floor, and the congressional term came to an end less than a month after the House vote. Even if the MORE Act did go to the Senate for a vote, it would need 60 votes to pass the Republican-controlled body. The MORE Act would need bipartisan support to have a chance at becoming law, which is something it did not have. 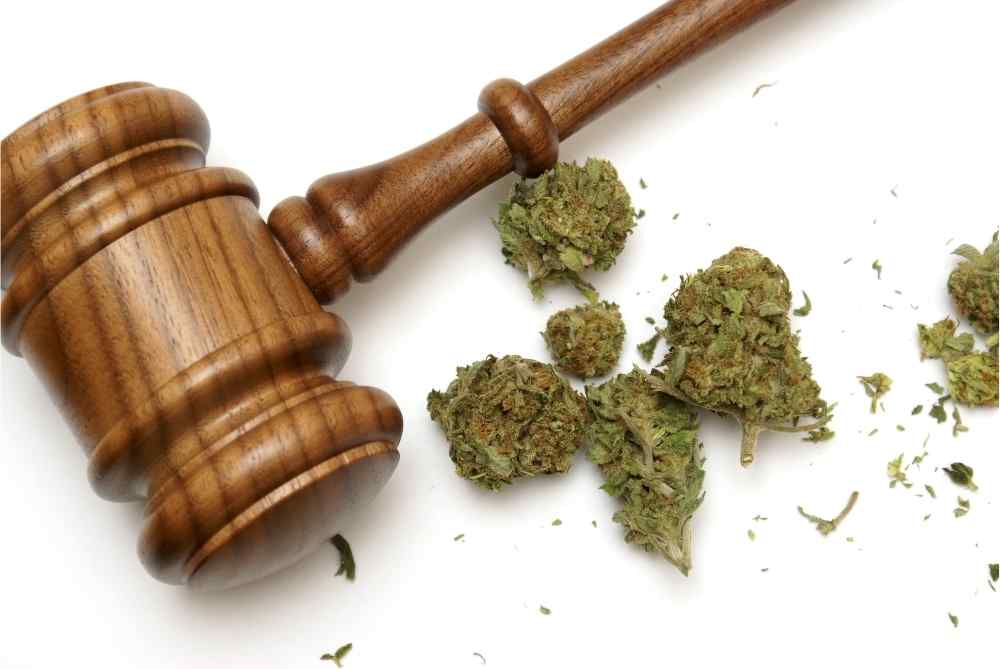 What Does the MORE Act Do?

The 2022 MORE Act is the same bill as the 2019 bill, but with minor differences. The bill hopes to do what its name implies. Although the MORE Act’s main goal is to decriminalize marijuana, it also seeks to implement several cannabis-related social equity provisions and champion criminal justice reform.

Here are some of the notable ways the MORE Act hopes to accomplish these lofty goals.

Decriminalize Cannabis at the Federal Level

The federal government currently considers marijuana a Schedule I drug under the Controlled Substances Act (CSA). However, the MORE Act will amend the CSA to deschedule marijuana and THC. This means that enthusiasts will be able to enjoy cannabis freely and without worry. Descheduling will also allow medical cannabis products to become more available for patients.

The MORE Act will provide opportunities to those whose lives have been negatively affected by cannabis law. The bill will accomplish this by retroactively expunging and sealing the records of those convicted of federal cannabis offenses.

Prohibit the Denial of Federal Benefits

Juveniles and adults convicted of any cannabis offenses are currently denied certain federal benefits. However, the MORE Act will allow benefits to be extended to individuals adversely affected by prior cannabis convictions. This will allow many to access benefits aimed at alleviating poverty in America. Such benefits include Temporary Assistance to Needy Families (TANF), Supplemental Nutrition Assistance Program (SNAP), and subsidized housing.

Sales of cannabis products made or imported into the U.S.A will pay a 5% excise tax. Also, individuals and businesses involved in the cannabis industry as manufacturers operating production facilities or export warehouses, will have to pay a $1,000 occupational tax.

The MORE Act will establish the “Opportunity Trust Fund” from cannabis tax revenue. Many expect revenue to be in the billions. Several new programs will use these funds in various impactful ways.

The “Community Reinvestment Grant Program” will provide community services. These include reentry programs, job training, substance rehabilitation, and other services for those affected by cannabis laws. Another program, the “Equitable Licensing Grant Program,” will help socially and economically disadvantaged people find opportunities in the cannabis industry. It will also ease barriers that may hinder cannabis licensing.

In addition, marginalized individuals and communities operating small businesses in the cannabis industry will receive low-interest loans from the “Cannabis Opportunity Program.” This program will help create many social and economic opportunities in communities harmed by cannabis laws.

These programs are a sampling of what the MORE Act will help to accomplish. For those suffering the repercussions of cannabis laws, that means bringing about equitable and transformative changes to their communities.

Is There Political Support for the MORE Act?

For proponents of the MORE Act, the political reality is very divided. The only way for the MORE Act to become law is for bi-partisan support. Unfortunately, in today’s polarizing political climate, this is not something that is possible.

However, anything is possible if the 2018 Farm Bill is any indication. The Farm Bill legalized hemp, a cannabis plant, and all hemp-derived products in the U.S. as long as they contain 0.3% or less THC. This legislation garnered bipartisan support and is popular with Americans.

Politicians are now seeking to amend the Farm Bill to allow for higher amounts of THC in hemp products. This relaxed stance against cannabis and THC bodes well for enthusiasts who want the same attitude extended to marijuana.

What Is the Current Public Opinion About Cannabis Laws?

The MORE Act is proof that public opinion is changing towards cannabis. When the House voted on the 2020 More Act, 68% of Americans supported the legalization of marijuana. One year later, when the House introduced the newest version of the bill, support was still the same.

When it comes to political affiliation, 83% of Democrats, 72% of Independents, and 48% of Republicans support legalization. These statistics are very promising for the MORE Act. And with younger generations taking a more holistic approach to their health and wellness, public support for cannabis legalization will only increase.

Political candidates are now taking a more humane approach to cannabis laws. Many politicians now view these laws as archaic and in need of reform. And with more states legalizing both medical and recreational cannabis (18 as of 2022), the future is very promising when it comes to the cultural acceptance of cannabis.

Public opinion is now on the side of decriminalization and legalization. But will Congress heed the public’s desire to see cannabis legalized? That depends on who will be in charge of Congress and the White House.

What Is the Future of the MORE Act?

Unfortunately, the future of the MORE Act is not very bright. Since the legislation has no bipartisan support, it has very little chance of passing the Senate. The MORE Act needs 60 votes to pass the Senate for President Biden to sign into law. But the Senate is equally divided — 50 Democrats (which include 2 Independents who caucus with the Democrats) and 50 Republicans. This means that if every Democrat voted for the bill, the MORE Act would still need the support of 10 Republicans, which is unlikely.

But as we previously mentioned, 48% of Republican voters support legalization. Will this grassroots support translate into legislators warming up to the idea of legalization? Not any time soon, especially in an election year. The House’s passage of the 2022 MORE Act will serve as an on-the-record statement about where your representative stands on the issue. Voters can show their support for or against the MORE Act’s supporters and dissenters by showing up at the polls for the November mid-term elections.

But when it comes to the MORE Act, it will have to wait until the political reality becomes favorable. It might not be federal law now, but we will eventually have the freedom to enjoy cannabis nationwide!

The hopes and dreams of many cannabis connoisseurs across the nation came true on April 1, 2022. The House passed the MORE Act, landmark legislation that would decriminalize cannabis. This was no April Fool’s joke; this was real and something many thought they would never see. However, the MORE Act has very little chance of becoming law. For now.

Bipartisan support for the MORE Act is nonexistent. Democrats are in favor of it, while Republicans are against it. However, public attitudes about cannabis legalization are changing. Nearly 70% of Americans now favor legalizing marijuana. But with more politicians taking up the cause and with the public on their side, there will be a day when the MORE Act will soon become the law of the land. 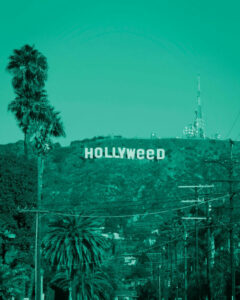 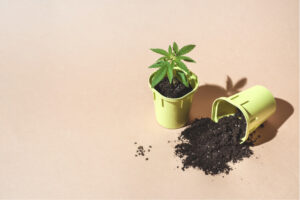 What Is 420? History of the Highest Holiday